Myanmar under the Myanmar Kings had a solid foundation of legal framework and judicial administration. Myanmar Law was then composed of three elements: Yazathat, Dhammathat and Phyathton. Yazathats; which were the King’s Royal Edicts and Ordinances. These are composed of King’s commands and Criminal Laws for prevalence of law and order, security and peace, including mainly  for high treason, murder, dacoity, robbery ,theft etc.

Dhammathat: were collections of Corpus Jurist of Myanmar customary traditions, conventions and ratio decidendi of eminent judges and learned personnel in their decisions or writings, collected and consolidated versions of Myanmar Customary Law throughout the ages. Indeed, Dhammathats are composed of Legal Rules and Principles for Civil matters and Civil Law; they relate mainly to marriage, divorce, partition, succession, inheritance, adoption etc. Those Legal Rules and Principles are based on egalitarian rights relating to equality under law; and are still being applied by the present day courts of the Union of Myanmar. Pyatton: were the Judicial decisions passed by Courts, Benches and   the King’s Hluttaw;  like  the  present  day  Law  Reports (Rulings) of the Supreme Court.

In those days, criminal and civil jurisdictions were distinct. Prevention and punishment of acts causing gross disturbances of the peace, to the detriment of public security were considered part of the administrative functions of Government. Hence, criminal justice was dispensed by administrative officials of the State. Civil justice, on the  other  hand,  was  administered  by  judges  appointed  by  or under the King and by arbitrators chosen by parties. Naturally appeals lay in the last resort to the King, but from the decision of an arbitrator there was no appeal.

After becoming an independent State, the Supreme Court and High Court were established and courts at different levels were also formed under the Union Judiciary Act, 1948.

Under the 1974 Constitution, the Central court, the State and Divisional courts, the Township courts and the Wards and Village Tracts courts were formed. The salient feature of the then judicial system was the participation of the working people in all levels of courts.

On 26th September 1988, the State Law and Order Restoration Council promulgated the Judiciary Law and formed the courts at different levels and for the administration of justice in the Union of Myanmar. It was subsequently repealed by Judiciary Law, 2000 which was promulgated on the 27th June, 2000 by the State Peace and Development Council, for the promotion of the judiciary, and to revamp the formation of courts.

The present judicial system was adopted   under the 2008 Constitution and Union Judiciary Law 2010.

The Supreme Court of the Union is the highest organ of the State Judiciary of the Republic of the Union of Myanmar. It is the apex of the court system in Myanmar and exists as an independent entity alongside the   legislative and executive branches.’

From a minimum of 7 to a maximum of 11 judges, including the Chief Justice may be appointed in the Supreme Court of the Union.

Only the Supreme Court of the Union has original jurisdiction in the following matters:

(a) matters arising out of bilateral treaties concluded by the Union;

(b) other disputes between the Union Government and the Region or  State Government except the Constitutional problems;

(e) cases   prescribed under any law.

Subject to any provision of the Constitution or any other law, the Supreme Court of the Union, has the jurisdiction on:

(a) the appeal against the judgment, decree or order passed by the Supreme Court of the Union by exercising its original jurisdiction;

(b) the appeal against the judgment, decree or order passed by the High Court of the Region or the State;

(c) the appeal against the judgment, decree or order passed by any other court in accord with law.

Powers of the Supreme Court of the Union

The Supreme Court of the Union is the superior court of record and has supervisory powers over all courts in the Union and its decisions are binding upon all courts.

The Supreme Court of the Union has the power to issue the following writs:

Formation of Courts at Different Levels

Supreme Court of the Union High Courts of the Region and the State 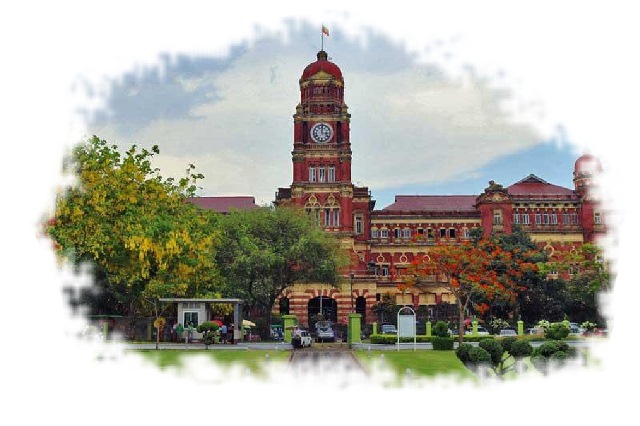